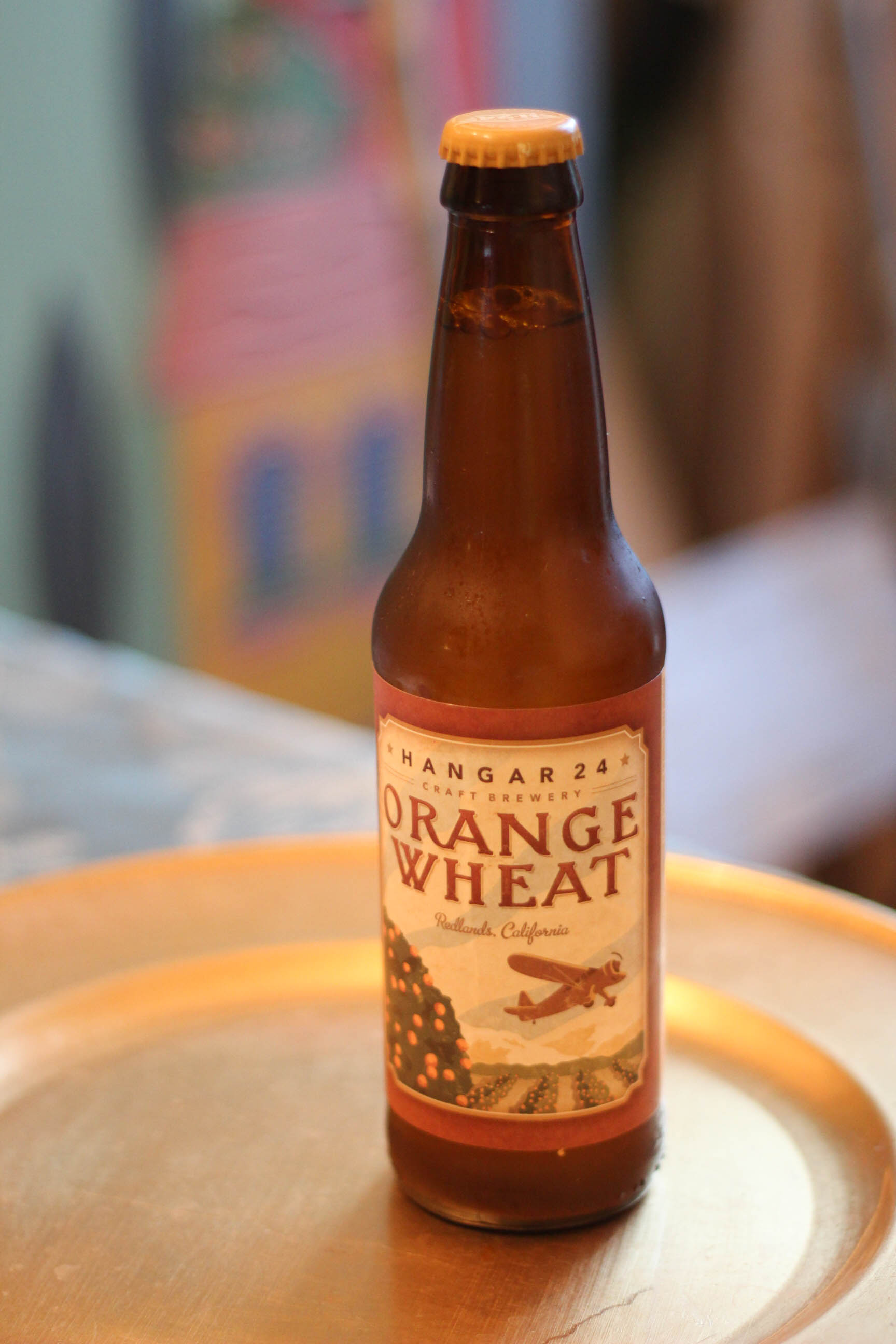 Summer is around the corner, so the heavy beer and stouts are out for me. It's time to find some crisp and refreshing brews to cool down from the warm days. And by warm, I mean hot to us Angelenos. We experienced the hottest day of the year last week (100 degrees) and I about melted. Luckily, I've made plenty of space in my new refrigerator for some cold ones.

This time of year, I tend to gravitate towards unfiltered wheat beers with citrus notes. I especially love Hitachino White Ale, but it's pretty expensive so I will usually go with an Allagash White Ale. I did however, stumble upon an affordable new beer (to me) at Trader Joe's from Hangar 24 called Orange Wheat.

The Hangar Craft Brewery is based in Redlands, California and they tend to roll out good seasonal beer (so I've heard). I tried the Hangar 24 Orange Wheat Ale tonight and enjoyed it. The consistency isn't too heavy for a wheat beer and it is very crisp. I like that the beer is made from locally grown oranges and the flavor has a mild spice, too. The orange notes are subtle, but I definitely tasted the overall pronounced citrus notes.

If you're looking for an middle of the road wheat beer with some citrus-tang, I think you may want to add this bottle to your cart the next time your in the cold aisle.