What Cocktail Suits You: Are you a Harvey? Or a Mike?

You may not be a lawyer, or even a law student, but the USA show Suits has possibly made you consider the career choice. Well, have no fear, you can drink like a suit, dress like a suit, and act like a suit, without actually being a suit. We have taken your favorite male characters and paired them with drinks that match their personalities. So whether you’re a Harvey Specter or a Louis Litt, you can relax with a drink, watch your favorite show and pretend you’re part of the Pearson Specter staff without spending all the time and money.

We can't wait for Season 4 to begin on June 11th, but in the meantime, we'll be practing our mixology skills and preparing for our favorite cast members to return to television. And here's just a little heads up. On Friday, June 6th, catch the Suits All Night Marathon on the USA network going from midnight to 6 a.m. Cast your votes online now for the episodes you want to air (voting ends on May 5th) and know that we'll be watching with our spiked-Suits drinks and toasting with you!

Harvey Specter - the manliest man on the show and a name partner of the firm. He’s attractive, sophisticated, witty, and almost always gets his way. Harvey is a winner, and rarely ever loses a case. Known as the “best closer in town,” he is cocky, but it somehow suits him. Harvey collects vinyl records, loves sports, and wears expensive suits. He also drinks expensive alcohol, Macallan single malt scotch to be exact, which is why Harvey’s strong personality and classic gentleman-like approach to life would make him none other than a drink on the rocks - The Godfather.

After getting kicked out of college, Mike Ross’ hopes of becoming a lawyer diminished. That is until he happened to hideout in Harvey’s office to get away from the cops. Due to Mike’s photographic memory, sharp intuition, and extensive knowledge on the law he was able to impress Harvey enough to become a new associate at Pearson Hardman (now Pearson Specter) despite the fact that he didn’t have a law degree (but that’ll just be their little secret). Unlike Harvey, Mike doesn’t own the fanciest suits, or know the best tricks of the trade. But, Mike knows what he wants and figures out ways to achieve his goals, whether those goals involve winning a case or capturing the heart of his love interest, Rachel Zane. Though he may not be Irish, he does have qualities similar to the O’Hara Irish Red beer.

The website, Deadspin, described the beer as sweet, bright and lively, not as fancy as an An Brain Blásta beer, dry and assertive, and “with just enough hops to keep everything on the up and up.” Any of those descriptions sound familiar? We thought so, too. Like the beer, Mike is sweet, intelligent, assertive, and quick-witted enough to keep people on their toes.

Louis Litt can be nosy, desperate, and a hard-ass but he also has a sensitive and caring side. He lives strictly by the rules and expects others to follow suit. He puts up a façade of being a tough guy but deep down he just wants to fit in and be respected. Unfortunately, he almost always seems to come in second compared to Harvey. Fitting with Louis’ need to be the favorite and have everyone realize his authority, we decided he would be a Moscow Mule.

When alone or with close friends, Louis really comes out of his shell and we get a glimpse at his immense love for the ballet and his late cat, Bruno…well, his love for cats in general. That is why we had to pick a secondary drink to describe Louis when he’s alone…and we believe he’d drink rosé.

Louis likes to keep it refined and sophisticated just like his hobbies.

Pour vodka and lime juice into a copper mug or glass; add ice cubes and ginger beer. Stir to combine.

*This drink is currently one of the trendiest on the menu and is being praised by many - just like Louis dreams to be.

Rosé is a great summer wine and pretty affordable (Francis Ford Coppola Sofia Rose $14-17). However, we have a feeling Louis would spring for Brad and Angelina's new Rosé, Miraval (see above).

Trevor Evans was Mike’s childhood best friend, but he was constantly part of the reason for Mike’s downfalls. After Mike became a first-year associate at the Pearson Hardman law firm he almost had to say adios to his new life after Trevor told Managing Partner Jessica Pearson about Mike’s secret (he never attended law school). After a history of bad decisions and being backstabbed, Mike needed to say Adios, Mother F***er to his sketchy friend Trevor.

This is exactly why we picked the AMF as the cocktail equivalent to Trevor Evans. At first, you think you like this pretty blue drink, but after a while you realize it will quickly turn on you and if you spend too much time with this drink, it may just ruin your night as well.

Layer alcohol in an ice-filled glass. Top with sour mix and soda. Serve.


We don’t make three figures a year, and maybe neither do you, so we hope these at-home recipes suit your needs. We may not all be lawyers, but that doesn’t mean we can’t drink like one. Oh and ladies, we've got you covered, too. Stay tuned for the Suits cocktail picks we choose for the kick-ass female cast... 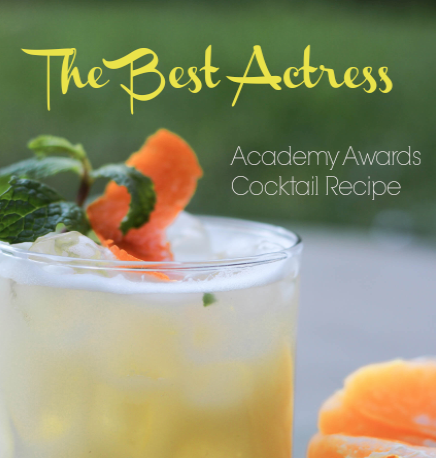 Drinking Games for the 2014 Oscars